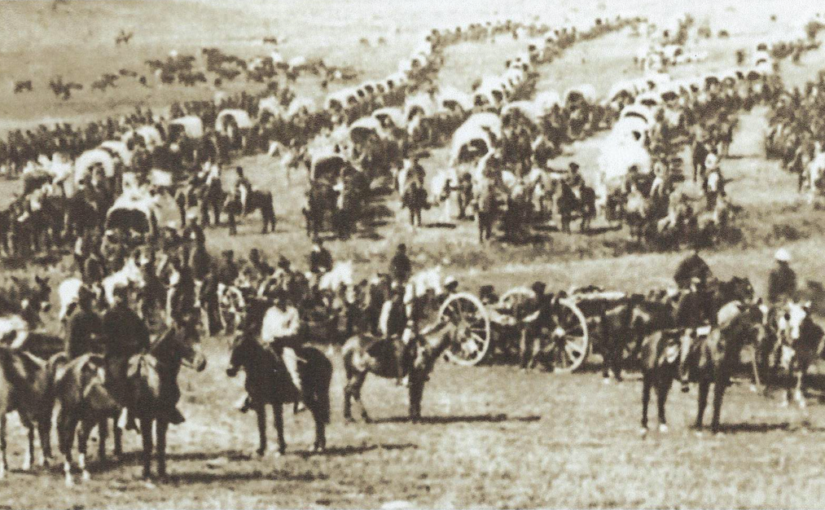 . . . both sides had taken substantial losses. Robert E. Lee’s 50,000 remaining troops of the Army of Northern Virginia needed to withdraw from 80,000 remaining Union troops in George Meade’s Army of the Potomac.  Where did they go?

Monterey Pass was the site of a battle that would determine whether Lee would be able to retreat and fight another day.  60 miles of wagons, loaded with supplies needed to sustain Lee’s army, headed for the river crossing at Williamsport MD and escape to Virginia.  20 miles of those wagons made their way via Monterey Pass.  During the night of July 4th, 5000 Union troops, including George Armstrong Custer, attacked this retreating wagon train in the middle of a raging thunderstorm.

The Battle included the Toll House, site of the fiercest part of the battle where the Union broke the Confederate line. The Toll House which still stands is currently privately owned and occupied, though negotiations are underway to bring it into the Park. The Park currently includes miles of trails with magnificent views of the area, and a Boy Scout encampment area.  Adjacent to the Park is Happel’s Meadow Wetlands, Monterey Park picnic area and Pavilion (which can be reserved through Washington Township) and a playground.  The Museum and its immediate grounds include maps and artifacts of the battle.  Parking suitable for cars and busses is located just across Charmain Road, at the starting point of the trails and within a short walk over the pedestrian bridge of the Museum.

Join us for a wonderful Civil War and nature experience.  Take a look around the park with this video. See many enhancements described in the video which were completed in late 2020, and the 2021 Program here.

Stay tuned for our 2023 Events Calendar! The museum will open again on April 8, but the trails are open year round. Soon we will be releasing information on our Monterey Toll House and Cavalry Field Capital Campaign, as we hope to add these two significant sites to the Monterey Battlefield soon........ ... See MoreSee Less

Please keep posting to let everyone to know what is going on up there. Thanks

You do realize that is Easter weekend again?

Our Trails are open year round, but the museum is now closed until April 2023. If you have a group that would like to visit the museum between November and April please send an email to montereypassbattlefield@gmail.com and we will try to accommodate you! ... See MoreSee Less

Shared, even though I now live in Dixie.